Labor Day Weekend on the Outer Banks with your Pampered Pet 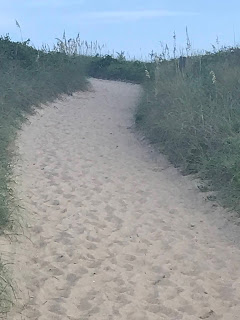 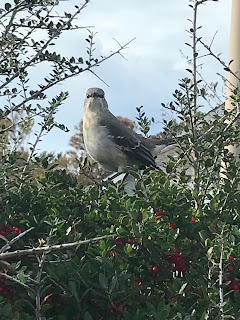 National Wildlife Day is a day to pause and appreciate the wildlife in nature around us. In addition to being mindful of wildlife, it is also a time to appreciate the Conservation efforts and Sanctuaries that maintain habit for our animal friends.
This little bird was hanging out at one of the Dare County Libraries, on the Outer Banks. I wonder if it was looking for BOOK WORMS? Just kidding, it was actually interested in the berries on the bush. Dare County considers Wildlife when making landscaping plans for county owned properties, and here is just one example.
Everyone can make a difference, efforts like planting a certain kind of plant or bush in your yard can promote wildlife. Filling in any holes that you dig or find on the beach, can provide safety for people and wildlife.
To begin your quest to learn more about the Wildlife on the Outer Banks of North Carolina, the following list of Wildlife related organizations maybe of interest.
Corolla Wild Horse Fund
Corolla Wild Horse Museum - same link as above
Outer Banks Center for Wildlife Education
1160 Village Lane
Corolla, NC
N.E.S.T. - Network for Endangered Sea Turtles
Alligator River National Wildlife Refuge
North Carolina Aquarium on Roanoke Island
U.S. Fish and Wildlife Service's -  National Fish and Wildlife Refuges Visitors Center
(Located at the North End of Roanoke Island)
Jennet's Pier
Jockey's Ridge State Park
https://www.ncparks.gov/jockeys-ridge-state-park/home
The Nature Conservancy Nags Head Woods Preserve
Kitty Hawk Woods Reserve
Pea Island National Wildlife Refuge
Buxton Woods Coastal Reserve and National Parks Nature Tail
Cape Hatteras National Seashore
National Wildlife Day is also a time to remember the unsung heroes, that maintain and operate wildlife rehab for injured wildlife, year round.
North Carolina Wildlife Resources Commission keeps a searchable list on it's website of Wildlife Rehabilitators that have been trained and licensed by the state of North Carolina. These Wildlife Rehabilitators care for wild animals until they can be released back into the wild.
It is always heartwarming to hear success stories of wildlife that have been saved by wildlife rehab. To have an animal returned back to the wild to carry on in it's natural habitat, pulls at the heart strings of many.
September 4th the United States of America celebrates, National Wildlife Day.
Please take a moment to ponder the wonderful wildlife around us, that share our world. National Wildlife Day is a day to Acknowledge, Celebrate and Learn about the Wildlife around us. So, how will you Celebrate National Wildlife Day?
Dare Greene
Please visit our Pet Friendly Places page where you will find some information about some of the places listed above, to visit with your Pampered Pet.
Posted by Pampered Pets Guide at September 03, 2021

Are Gardenias Poisonous to Pets? 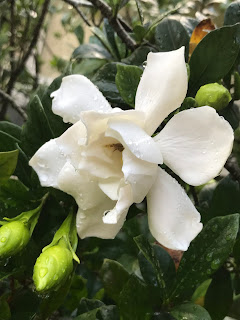 Gardenia bushes are used widely in landscaping partly due to their extremely heavenly smelling fragrance, when in bloom.

I have actually seen online where there is a debate of which smells better the Jasmine or the Gardenia? I'm not quite sure who won. I would vote Gardenia.

The Latin name for the Gardenia bush is Gardenia Jasminoides.

Even though the Gardenia Bushes are very popular with people they are dangerous to pets.

Gardenia bushes have toxic elements that can cause a number of effects in dogs and cats. If you think that your dog or cat has ingested a Gardenia flower or leaf it is very important to contact your Veterinarian or call the 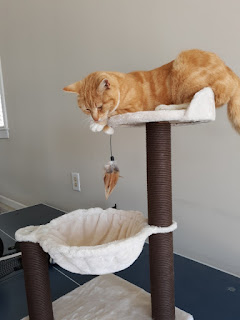 People are celebrating the uniqueness of Ginger Cat companions around the World, today.

All Ginger Cats have Tabby Cat genes in their DNA. They also have a pigmentation genetic making their fur a ginger color, much like people with red hair.

All Ginger Cats are unique, they do have traits of curiosity and brilliance. They have a reputation of being an excellent feline companion, both loving and entertaining.

One of the most famous of Ginger Cats known around the World, in the entertainment industry, is Garfield. There is also the sword  welding Puss in Boots and Morris the Cat from the 9 lives cat food, advertising and commercials.

Jim Davis the creator of Garfield is quoted as saying, "In my head, the sky is blue, the grass is green and cats are orange." 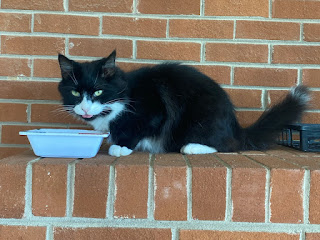 Happy Cat Month was started by the CaTalyst Council to make people aware of the health and welfare of companion felines.

This is the Month to Pamper your Cat, and make sure your Cat is Happy and Healthy.

So how can you Celebrate Happy Cat Month?

Here are some ideas:

1.  Schedule a Veterinarian check up for your Cat.

2. Groom  your Cat or get a grooming appointment.

3. Get some special treats for your Cat.

Try to spend some extra time this month with your special feline companion. Have a Very Happy Cat Month, because National Cat Day isn't until October 29th.

The Feline Ghost that Haunts the Outer Banks 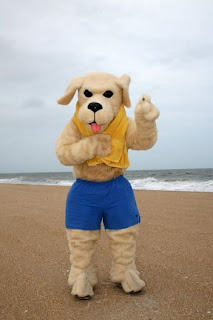